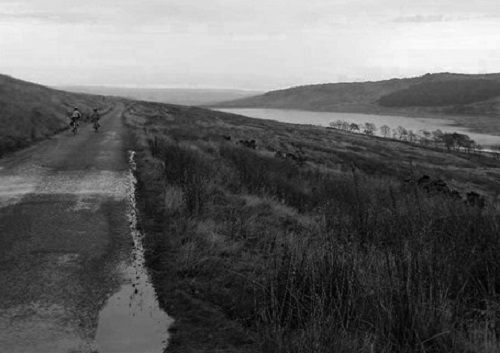 Meaning ‘bold’ in Latin, the original Audax events were created over 100 years ago in France to fill the void between elite, licenced road racing on closed roads and the slower, heavily laden cycle touring alternative.

In 1897 the idea of Audax was first formulated in Italy. Participants had to swim, run, walk, or cycle a set distance in 14 hours which was approximately the time between sunrise and sunset. The distance to be covered by cycling was 200 kilometres.

1904 saw Henri Desgranges produce Audax regulations - these were the property of his magazine Auto and formed cyclists into groups, each with a captain, that stayed together for the entire 200 km ride.

This method of riding is known today as Euraudax. Cyclists who had gained the Brevet d’Audax formed the Audax Club Parisien (ACP) and organised events for Auto throughout France.

In 1920, ACP upset Desgranges by assisting in an event sponsored by a rival newspaper and he withdrew the club's right to organise Audax events. 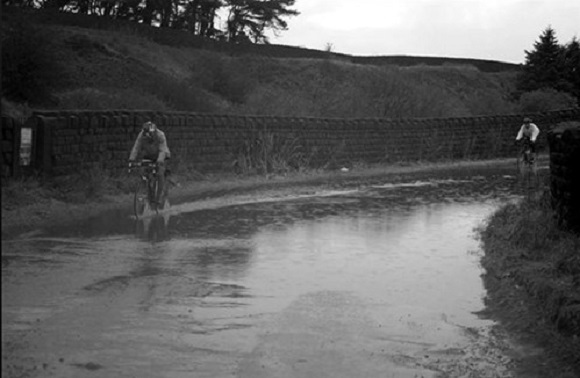 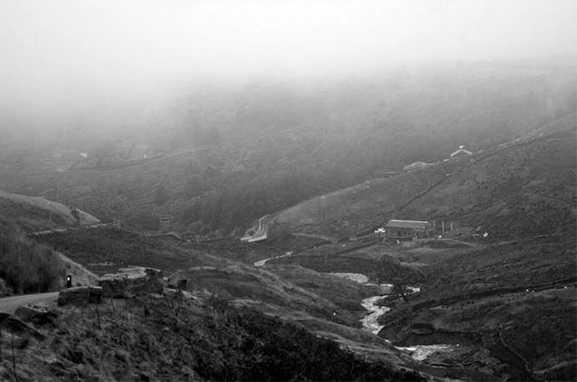 The following year, 1921, ACP created the Brevets de Randonneurs (Certificates for long-distance-cyclists) to enable them to carry out their programme of events without infringing the Brevets d’Audax.

These 200 km Randonnées differed from Euraudax events in that cyclists did not have to ride as a group. Each individual could go at his own pace - ‘a allure libre’ - and stop at will for refreshment.

It is these regulations that were later adopted by Audax UK and the name Audax in the title comes from ACP not the style of the event.

Barry Parslow, later to be one of AUK’s founder members, completed ACP’s Paris-Brest-Paris 1200 km (PBP) on his tricycle in 1966. 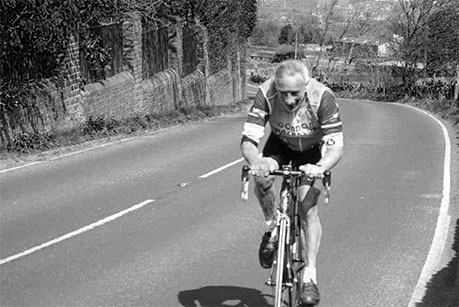 1971 was the year J.B.Wadley rode PBP and his account in the book ‘Old Roads and New’ generated interest among British riders.

In 1975 ACP introduced the 600 km randonnée as qualification for PBP, the time limit being 40 hours.

As a concession, members of the 24 Hour Fellowship were allowed to enter if they had completed more than 375 miles (600 km) in a 24 Hour Time Trial and 14 Britons (4 on tricycles) subsequently completed the PBP. It was Barry Parslow’s third.

A letter by Steve Nicholas, outlining a future Audax UK in concept, was published in the CTC's magazine.

So that British cyclists could qualify for future PBPs, in 1976 the Windsor-Chester-Windsor 600 km was instituted and Audax UK was formed - the eagle logo of this event eventually becoming the Audax UK logo. (In recent years, the event has been re-introduced, alongside other 600km PBP qualifying rides.)

John Nicholas, took responsibility as Secretary and Correspondent of ACP, charged with the task of ensuring that UK events complied with ACP regulations, and Steve Nicholas became the first Treasurer. 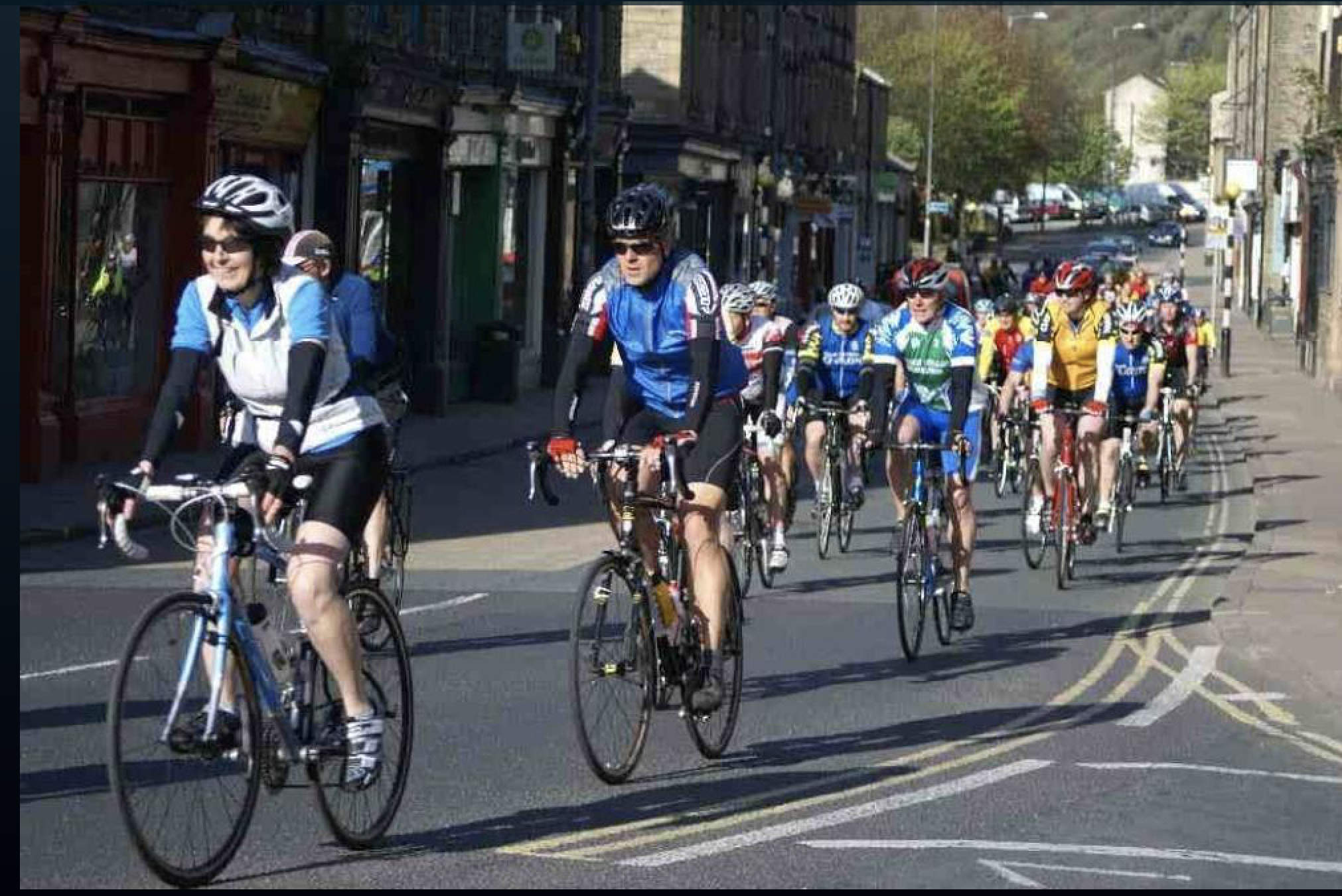 In each country the club that initiated the Brevets became responsible for those events and a member of les Randonneurs Européens, an informal federation that met after each PBP.

A 600km ridden from Bristol was extended to 700km and 6 people finished it.  Six AUK riders also rode the Bordeaux-Paris 600km.

A very young Mandy Jones rode the 200 and 400 with her father - five years later she was to be the World Road Race Champion.

Some 300 km randonnées were finally added in 1978. An 800km Paris-Harrogate attracted over 100 riders, who received medals from Sir Hubert Opperman on arrival at the finish.

54 Britons entered PBP in 1979. Forty-nine finished and were awarded the George Navet Trophy, which ,as the Jock Wadley Cup, was Audax UK’s Individual Award Trophy until 1996.

Jill Richards was Audax UK's first female PBP finisher.  At the end of the season a 1000km was run for the first time, with six finishers. 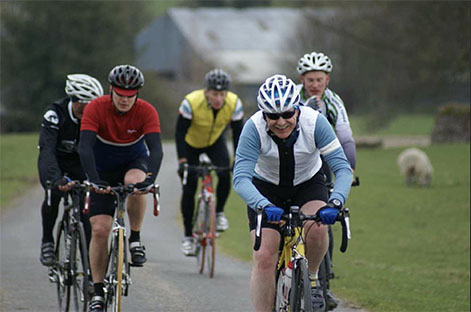 The Annual CTC National 400 was introduced by Keith Matthews in 1982.  The first edition was a huge success, with 160 finishers.

Ray Craig founded Arrivée in 1983 and joined the committee as the magazine Editor. Mark Brooking and Ray Haswell shared the Individual Award. Bridget Boon took the Ladies’ Award, all riding over 10,000 km of randonnées.

The Audax UK Altitude Award was introduced by Francis Cooke in 1986, the first counting ride being the Exmoor 200.

Dave Pountney was the first rider to complete an AAA card. Sheila Simpson became the first woman to gain the Individual Award and the Ladies’ Award was re-allocated.

94 Britons completed PBP in 1987 which was Barry Parslow’s fifth.  Fliss Beard became the first female to complete on tricycle.  The Scandinavian countries joined the RM. AUK’s Founding Honorary Secretary retired and the AUK Constitution was amended to give the AUK Committee responsibility for club administration.

In 1988, Audax UK introduced the Brevets AUK and offered organisers the choice of registering events with AUK or dually with AUK/ACP. AUK has records of all successful Brevets AUK and AUK/RM from this date.

The York Arrow, AUK’s 24 hour team ride was instituted by Bry Ferguson in 1988. Paddy Timson gained the Individual Award, riding 10,000 km and only the fourth person to do so. Since then it has never been awarded for fewer kilometres.

The 1300km Edinburgh-London, then the longest Brevet de Randonneur event, was organised by Bernard Mawson in 1989. This also became the first event to be validated by the RM, ACP being responsible for 200km - 1000km events and the PBP.

In 1990, the Mileater Diaries, Trophies and Awards were introduced by Mick Latimer. The AAA Championship was instituted by Andy Blance and won by Richard Hulls. 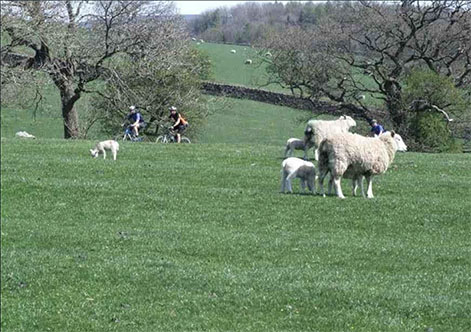 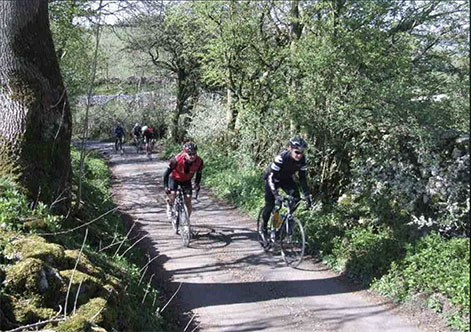 In 1993, the 2nd Edinburgh-London established a 4-year pattern for what was to become AUK’s premier event.

The Fixed Wheel Challenge was instituted by Gordon Allen in 1993 and the Derek Shuttleworth trophy was first awarded (to Mark Webb) in 1994. The AAA Championship became a titanic battle between between Mark Houlford and David Vinicombe. Derby Mercury set a formidable record for a York Arrow team of 610km in 24 hours.

Once again in a PBP year, 1995, statistical records were broken. 316 riders became Super Randonneurs, 26 of whom were female. 181 went on to success in the PBP. Anne Learmonth became the first woman to complete PBP on a fixed-wheel. The Easter Arrows were introduced by Noel Simpson. The first AUK web pages were introduced by Francis Cooke.

Steven Abraham, winner of the Junior Points Award in ‘94 and ‘95, rode a fixed wheel machine throughout the season to set a new record for the Individual Award in 1996.

107 riders completed London-Edinburgh-London, now up to 1400km, in 1997, aided by over 100 fellow Audax UK volunteers at controls from Dalkeith to Epping Forest. Anne Learmonth reprised her PBP feat to become the first female to ride LEL on fixed.

Sandra Shaw became the first female AAA Champion. The AGM voted to retain Individual Championships but place more emphasis on the awards system. Annual awards of Randonneur 5,000 and 10,000 were instituted.

The Fourth London-Edinburgh-London 1400 km in 2001 attracted more than 300 entrants, starting from either Thorne (riding north, then south, then north again) or Harlow (northbound, then southbound) and crossing each other along the way. 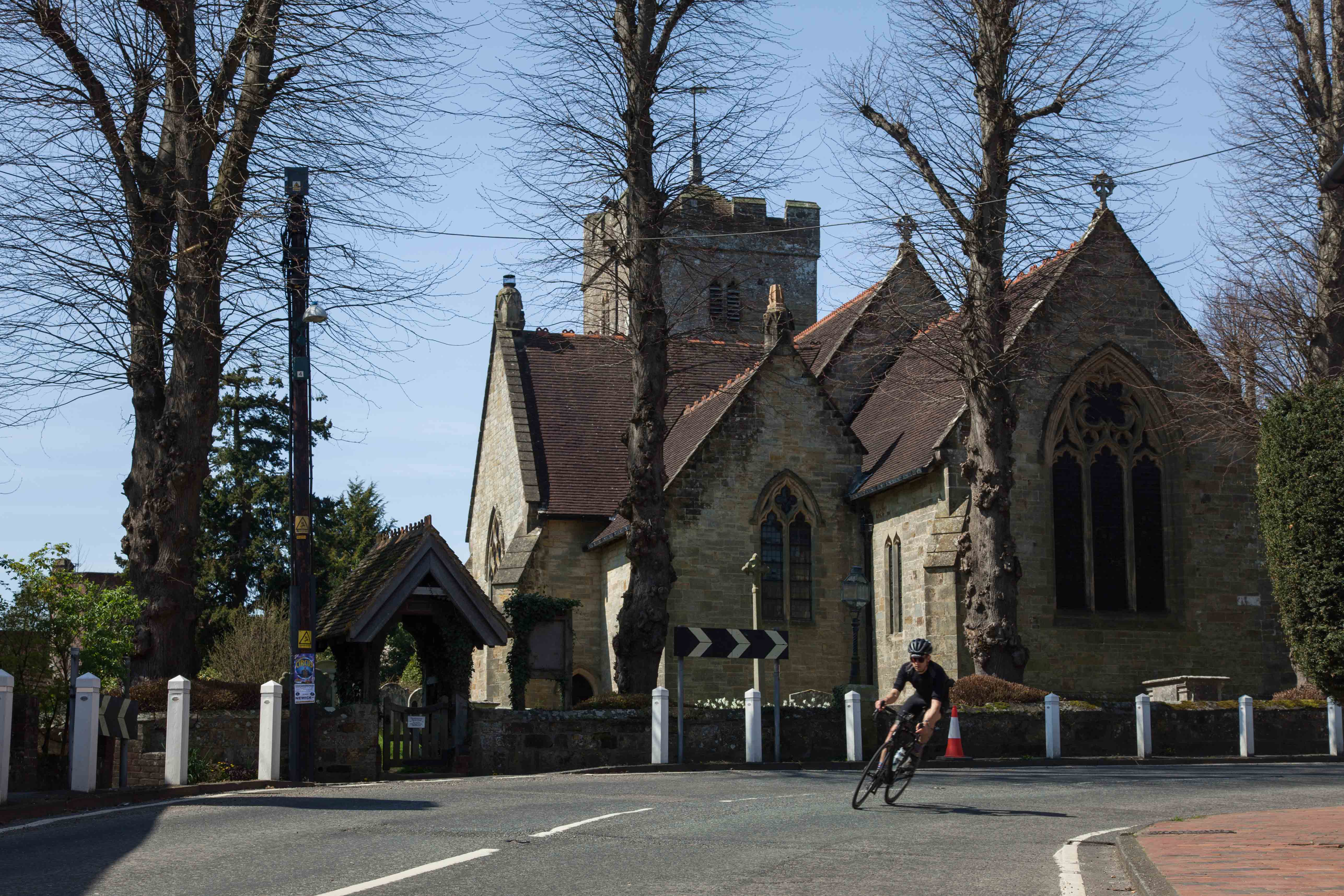 In 2005, 276 riders started the the fifth London-Edinburgh-London: 181 from Lee Valley Youth Hostel and 95 from Thorne.

Four continents were represented with riders from the usual European countries, plus the USA, Canada, South Africa, Australia, and - more unusually - Japan, Hungary, Israel and Russia.

246 completed the event, a 14 per cent drop out. Not only had the field grown but more than 180 AUK members and friends volunteered their time to make the event a great success.

The distance record for the Easter Arrows to York was taken to 541 km by George Hanna, John-Paul Lambhorth, Dave Lewis, Judith Swallow and Ritchie Tout. Tiho Obrenovitch and Jutta Urenjak gained a record 104 points for the year on tandem.

Audax UK was incorporated in 2007.

Judith Swallow became the first UK lady to complete the International Super Randonneur Award in 2008 and Steve Abrahams was declared Hors Catégory by the AGM. 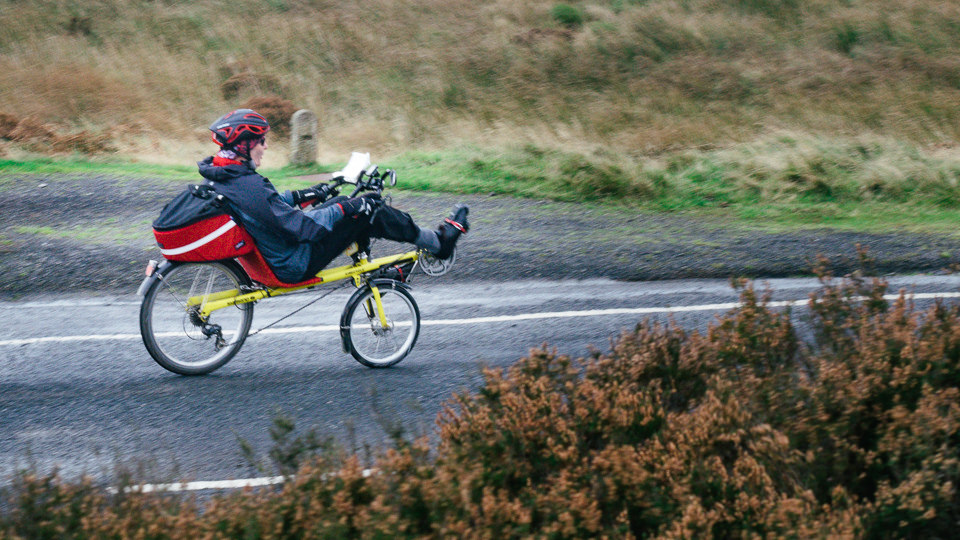 413 riders completed the sixth London-Edinburgh-London in 2009, organised by Melita Luxton, from a single start at Lee Valley YH.

25 countries were represented. Riders and volunteers coped exceptionally well with the severe weather, including high winds and flooding, in the north.

54 riders completed the first Mille Cymru in 2010, organised by John Hamilton of Randonneurs Salop. The first rides using GPS for proof of passage were ridden and validated (DIY GPS Permanents).

The number of AUK PBP finishers was a record, at 322. 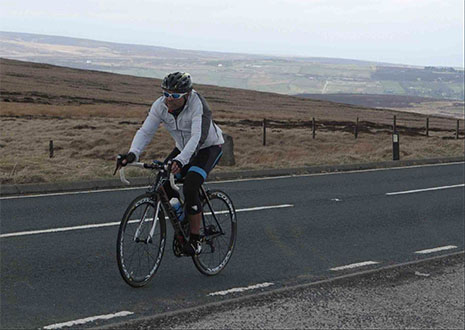 In 2012 Louise Rigby smashed Sandra Shaw’s female AAA record, despite an 11-month 'year' due to AUK moving the end of the riding season from end of October to end of September.

Places for the 7th London-Edinburgh-London in 2013, organised by a team led by Danial Webb, filled within one day of registration opening.  998 started from Loughton, 804 finished, including 309 from AUK.  34 countries were represented.

AUK membership increased by a record number, passing the 5000 mark.  At the end of the year, the Ordre de Cols Durs (OCD) was merged into AUK.