Over the hills & far away

A pretty summer route through the vale of Evesham, and up onto the Malverns for a lunch stop with breathtaking views to the Brecon Beacons, Long Mynd to the west and the entire Cotswold escarpment to the east.

every control steeped in history, the route follows mainly cyclist frendly lanes with the odd bit of main road. Enjoy an elevense's early at Croome Park - the birthplace of Radar and the first of Lancelot 'Capability' Brown's landscape parks. Followed by a pleasant traverse to the Malverns - climbing through Little Malvern and passing the resting place of Sir Edward Elgar - keen cyclist, and one of this country's most celebrated composers of the early 20th century. You'll work-up an appetite on the ascent. The Ketle Sings on te West side of the Malvern hills - overlooking the brecon beacons whilst having a light lunch. Then return through the upper reaches of the Severn vale to Forthampton and quench your thirst at an ancient Inn used by the Monks of Tewkesbury at Lower Lode. The final stretch takes-in the acient Odda's chapel before returning to The Royal Hop Pole - the location visited by Charles Dickens and used as a pivotal location for his 'Pickwick Papers'. A low bottom speed, so everyone can enjoy a day at their leisure, instant validation available - so you leave with your brevet card validated. THERE WILL BE NO ENTRY ON THE LINE AVAILABLE.

All events are suspended for the time being. See News item for more details.
Enter Online Enter By Post Add as Maybe Extend Calendar EventDelete My Event 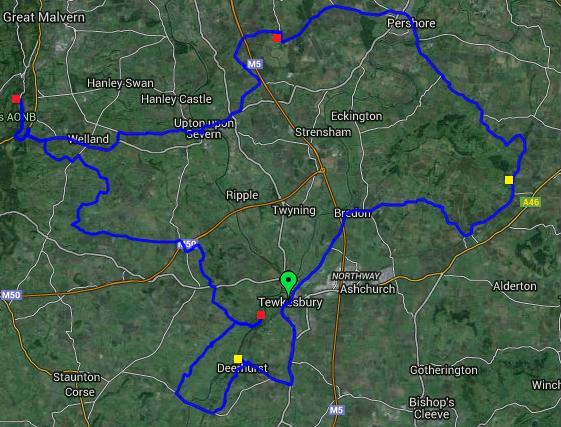 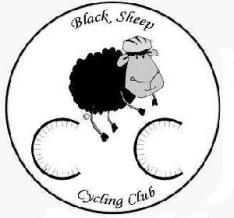