The Way to the Sea

This is a great 200 for anyone stepping up to the distance or as a taper ride for LEL. There'll be plenty of daylight in July, there's only one hilly section and you get a food stop at Grain & Minster.

The ride has a historical theme, starting next to the Cutty Sark ship in Greenwich, following the Thames estuary out to the Isle of Grain, passing by the Chatham Dockyards, onto the Isle of Sheppey before returning to finish in the Old Royal Naval college in Greenwich.


The first 135 km are relatively flat after which there's a hilly 55 km section over the North Downs on the return to London.


The route leaves Greenwich via Shooter's Hill and Bexley and the first control is in Nurstead. The ride then descends to the Hoo Peninsula, which is depicted in Dicken's 'Great Expectations' as an area of wetlands and salt marsh. The second control is at the beach car park on the Isle of Grain. The ride returns across Hoo Peninsula and then heads through Rochester. There are extensive views across the River Medway as the ride heads to the Kingsferry Bridge and across the Isle of Sheppey to an Audax Club Hackney control at the beach in Minster.

After returning back to the mainland the ride then crosses the North Downs to the final control in West Kingsdown (Co-op). There are a number of sharp hills in this section, the main one being Birling Hill after Snodland.

From West Kingsdown the ride descents to Eynsford and a final info control. The finish will be at The Old Brewery in the World Heritage grounds of the Greenwich naval college.

Finalised routesheet and gpx will be published closer to the time. 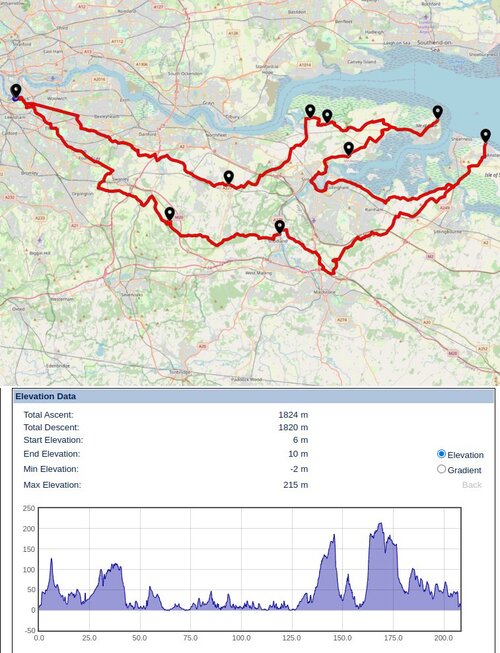 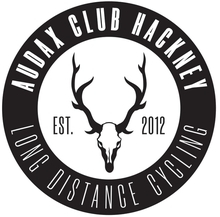